In 1998, we won the Mimosa Public School Tender and built a beautiful centre for 58 children a day. This centre was built in a forest regeneration deemed area, so we had added concerns in building not to destroy or damage the environment, as well as not to disturb the visual look of the environment.

There are three rooms at Mimosa:

Mimosa Children’s Centre was the only centre we have built that was not full in the first month. We were 85% occupied, but because we opened in August most parent already had placement for the year. The centre became fully occupied in the following February. Mimosa has always achieved High Quality in Accreditation standards.

Mimosa is currently fully occupied and has a waiting list.

Our staff at Mimosa includes employees who have worked in our centre’s for over 10 years. Our staff ratios at Mimosa, exceeds the standards required by regulations.

Our Director at Mimosa is Katie Norman and Erin Adney is the Authorised Supervisor at present. 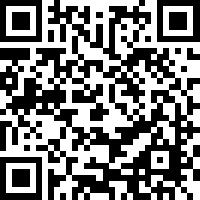 All Quality Childcare Managment - Your Child. Our Priority. Business Pro Theme By VAThemes.com